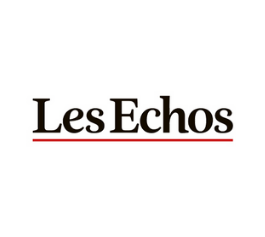 The analysis of large masses of data is not only useful for targetting consumers on the web. This kind of data analysis can now help to reduce the amount of energy consumed by factories, offices and gas and electricity networks. A revolution in the making? In a study conducted in 2018, research agency Precepta estimated that the market for energy efficiency solutions was still far from reaching its full potential.

Founded in 2013 by Vincent Sciandra, METRON is one of the startups that saw this trend coming. Its platform, designed for use in industry, uses sensors to collect data in factories and, using AI, identifies ways in which energy can be saved. A fast-growing company employing a workforce of 85 and with around one hundred major industrial clients, Metron achieved a turnover of 6.5 million euros in 2018, three quarters of which was generated outside France. Boosted by the partnership signed recently with energy services group Dalkia, which manages more than 2,000 industrial sites, Metron's sales are expected to surpass the 8 million euro mark in 2019.

METRON is not an isolated case. Solutions that use data for energy saving purposes are attracting increasing interest from industrial companies and service providers looking to reduce their costs. The phenomenal increase in calculating capacities that has taken place has changed the stakes. "It's this that enables us to go so much further in terms of data analysis," believes Benjamin de Buttet, co-founder of DCbrain . Created in October 2014, the  Île-de-France based startup retrieves the data generated by physical energy networks (electricity, gas, steam, etc.), visualises their activity in real time and, most importantly of all, produces operational recommendations based on its findings in each case. "This is what most interests our clients, who total around 15 at the moment and include Dalkia, GRDF, Enedis and Orano. Thanks to machine learning and deep learning, we can simulate different scenarios and suggest alternative ways of managing settings and controls," adds Benjamin de Buttet. DCbrain, which employs 30 people, expects to triple the number of clients it has in 2019 before launching its offensive on the international market in 2020. By taking advantage of big data, these solutions are able to bring to light previously undetectable issues and anomalies. "This is where we make the difference, by providing the ability to identify new areas in which action can be taken, leading to savings of between 10 and 20% on average," adds Vincent Sciandra (METRON). The latest advances made in the realm of data-processing technology have made it possible to obtain up-to-date information that can be used to build predictive models. This is the raison d'être behind Kayrros, a French company founded in 2016 by Antoine Rostand, formerly of Schlumberger. "Previously, the information available to petrol companies and traders would arrive far too late," explains the director, whose ambition is to bring more transparency and, in particular, decision-making support tools to the sector. Using satellite images and data collected on the web and social networks, Kayrros supplies players in the petrol and gas markets with forecasts that are reliable for up to six months. This 150-strong company, which has managed to raise 35 million euros in funding since its creation, now has around sixty clients in various parts of the world to its name.

The potential offered by the energy efficiency market has led to the recent creation of new startups in the data-analysis sector. One of the most promising, Likewatt, has for the past 12 months been developing a platform that enables industrial or service sector sites to reduce their electricity consumption and optimise their energy storage measures. Based in Lyon, this internet startup, founded by Chady Kharrat, a former EDF engineer who also worked for the French Alternative Energies and Atomic Energy Commission (CEA) in the past, has begun undertaking a proof of concept exercise with Serfim ENR, a subsidiary of Serfim's public works group. Likewatt is set to begin conducting tests with Intermarché in early autumn 2019. 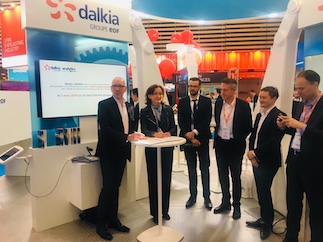 Dalkia launches Dalkia Analytics powered by METRON, a digital solution designed to help manufacturers optimise their energy efficiency and save up to ...
END_OF_DOCUMENT_TOKEN_TO_BE_REPLACED

2019 NEW ENERGY PIONEERS UNVEILED AT BNEF SUMMIT IN NEW YORK CITY! Game-changing companies from around the world recognized for their leadership in ...
END_OF_DOCUMENT_TOKEN_TO_BE_REPLACED