Overview of the Energy brazilian market

In Brazil, the overriding need to meet consumer demand for electrical power in a safe way and with reduced rates poses a major challenge, given the need to design, build and operate a huge and complex system that can generate, transmit and distribute electrical power.

In Brazil, the main source of generation in 2020 (source: National System Operator) is:

The generators produce the energy and the transmitters transport it from the generation points to the consumer centres, and from there the distributors take it to the final consumer. There are also the suppliers, authorised to buy and sell energy to free consumers.

Brazil’s electricity sector has a different operating model to the rest of the world. Distribution is centralised, and the National System Operator is responsible for determining the generation level of the plants, in order to optimise resources and minimise costs, as well as to coordinate the transmission facilities (lines, sub-stations and other equipment).

The Brazilian electrical system allows for an exchange of the energy produced in all the regions, except in the isolated systems, which are mainly in the Northern region. The transport of energy is possible by means of the National Interconnected System, a huge transmission network that is over 140,000 km long. Isolated systems have, over time, been gradually connected and now make up only around 2% of the whole system.

The country has enormous energy potential, especially when it comes to renewable energy, which is constantly undergoing technological and regulatory innovation.

Electrical power systems around the world have been going through a period of transition, focused mainly on the decarbonisation of power grids. Although Brazil has an electricity generation system that generates power from predominantly renewable sources and has low emissions of greenhouse gases, the energy transition has affected the Brazilian Electrical System. Brazil faces the same challenges as other countries, mainly due to the greater participation of uncontrollable sources.

The Brazilian model of power generation is mostly hydro-electric. The predominance of hydroelectricity is justified by its economic competitiveness and by the abundance of this energy source in the country.

In recent years, the installation of wind farms, mostly in the northeast and southern regions, has grown quickly, increasing the importance of this type of generation to meet market demand. Thermal power plants, mainly located near key power centres, play a significant strategic role because they contribute to the safety of the National Interconnected System. These plants are introduced depending on the current hydrological conditions, allowing for management of the stocks of water stored in the reservoirs of the hydro-electric plants, to ensure future supplies.

The figure below shows the installed capacity: 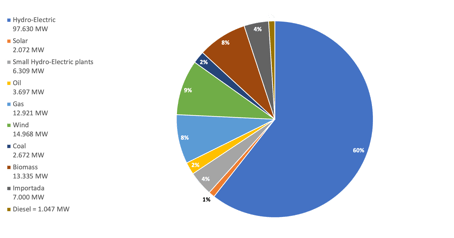 Brazil has a mainly renewable electric power grid, with renewable sources representing 83.3% of the domestic electricity supply. This is the result of domestic production plus imports that are essentially from renewable origins.

The use of renewable sources in Brazil is comparatively better than that of the rest of the world: 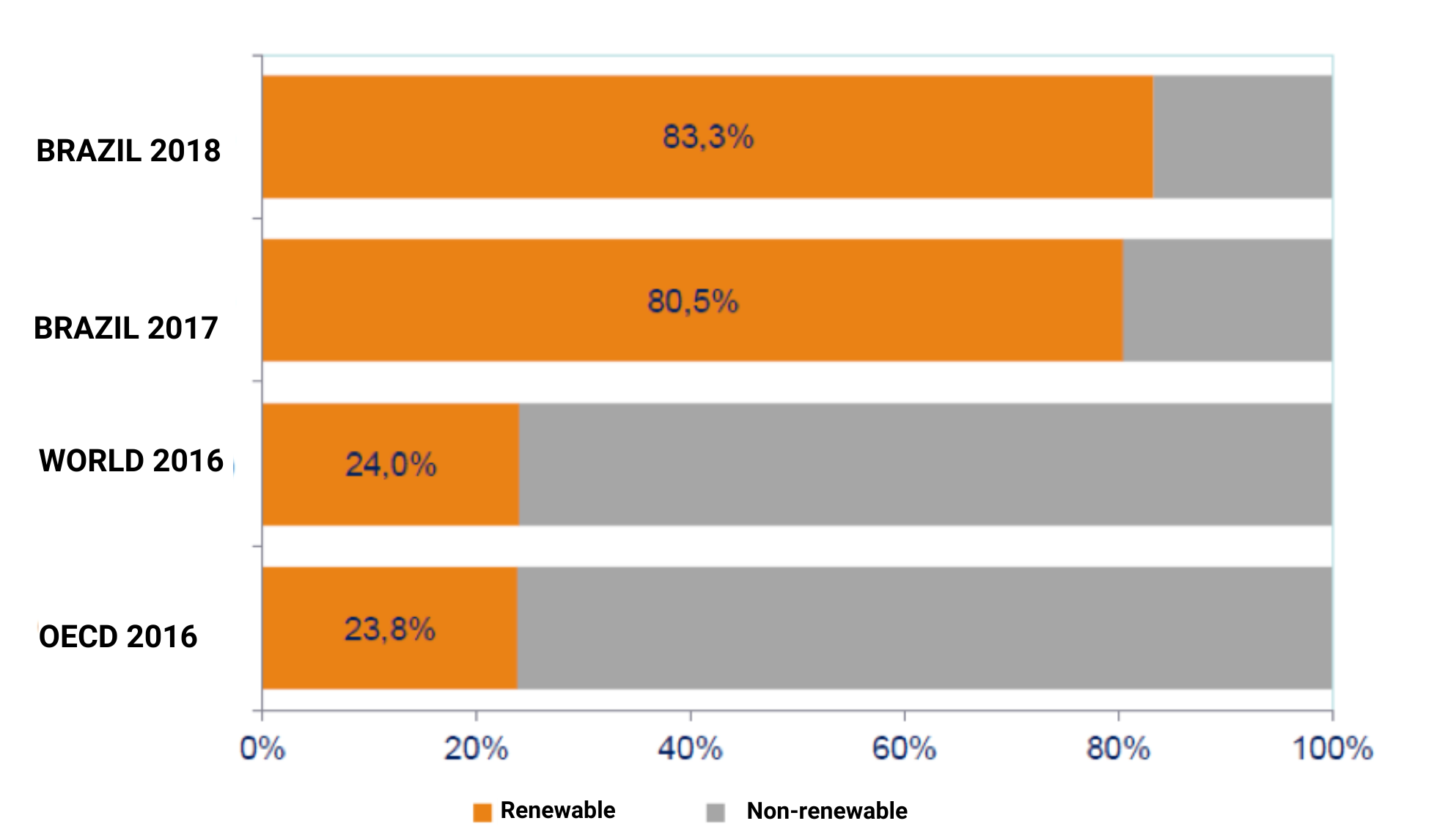 The energy transmission system in Brazil  is made up of a network of transmission lines that spreads throughout the national territory, which takes the electricity from the generating sources to the distribution companies.

The National Interconnected System is made up of four sub-systems:

Each of these is a region where the energy circulates freely. The line dividing each sub-market is determined by the exchange limits present in the transmission system.

The interconnection of electrical systems, by means of the transmission grid, allows the transfer of energy between the sub-systems, providing synergistic returns and taking advantage of the diversity between the hydrological basin systems. The integration of generation and transmission resources means market demand can be met safely and economically.

The operation and maintenance of the high voltage transmission lines are public, with long-term lease contracts that are remunerated through Annual Allowed Revenue and paid by all users of the National Interconnected System.

The wide expanse of the Brazilian system can be explained by the size of our the country and the way it has developed, with the country’s main hydro-electric plants being located at considerable distances from the consumer centres.

Electricity distribution companies are responsible for receiving the high-voltage power from the interconnected transmission system, lowering it to commercial levels and getting it to the final consumer.

The public service of electricity distribution is provided by concessionaires, permit holders and authorised companies. There are currently 109 agents, of public, private and mixed economies, operating in the distribution market, which also sell to the captive consumer.

This is a natural monopoly with revenue (rates ) regulated by National Electrical Energy Agency.

The purchase and sale of energy are negotiated in the National Interconnected System (SIN). This means that, once the market agent (distributor, generator, sales agent, free or special consumer) becomes a member of the SIN, it can negotiate energy with any other agent, regardless of the physical restrictions of generation and transmission.

Business relationships in the current model are established in two spheres:

The purchase and sale of energy in the Regulated Contracting Environment is formalised by means of contracts signed between the generators and the distributors, who take part in energy purchase and sale auctions held by the Chamber for Commercialising Electricity (CCEE).

These contracts have specific regulations for aspects such as the price of the energy, sub-market registration of the contract and supply term, not subject to bilateral changes by the agents.

In the regulated contracting environment are the captive consumers, those who purchase energy from the distribution concessionaires to which they are connected, each consumer unit pays only one energy bill per month, including the service of distribution and generation of energy, and tariffs are regulated by the Government.

In the Free Contracting Environment, generators, importers and exporters of energy and free and special consumers are free to negotiate and establish contracts for the volumes of purchase and sale of energy and their respective prices.

Free consumers purchase energy directly from the generators or suppliers, by means of bilateral contacts with freely negotiated conditions, such as price, term, volume, etc. Each consumer unit pays a bill relating to the service of distribution by the local concessionaire (regulated rates) and one or more bills relating to the purchase of the energy (contractually negotiated price).

The activities to make the two types of electrical energy purchase viable in the SIN are operated by the Chamber for Commercialising Electricity (CCEE) and will follow regulations established by National Electric Energy Agency (ANEEL). All contracts signed in the free and regulated environments are registered with the CCEE. 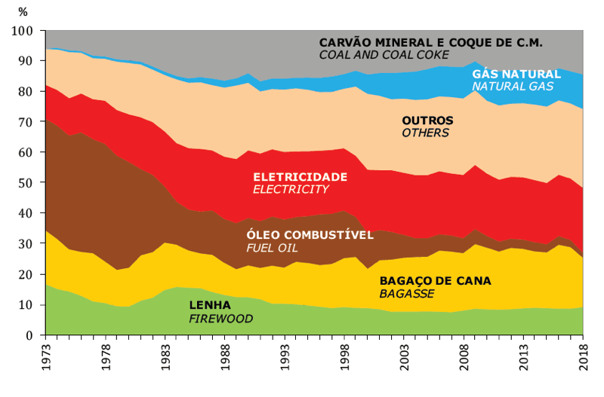 The figure below presents Free Market consumption by branch of activity in 2019: 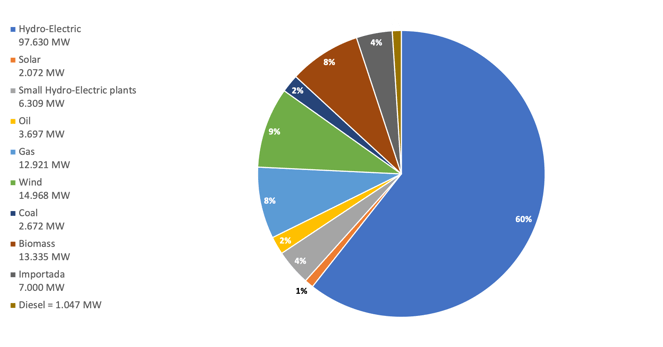 Almost 40% of the electricity bill is made up of taxes and sector charges, in other words, they do not directly interfere in the process of electricity consumption, which effectively depends on the services of generation, transmission and distribution.

All purchase and sale contracts entered into in the market – both Regulated and Free – must be registered with the CCEE, which measures the amounts effectively produced/consumed by each agent.

The Short-Term Market is the segment of the CCEE that calculates the differences between the amounts of electricity contracted by the agents and the amounts of generation and of consumption effectively verified and attributed to the respective agents.

Because of the predominance of hydro-electric plants in the Brazilian electricity generation system, mathematical models are used to calculate the PLD (Price of Settlement of Differences - Spot Price), which aims  to find the optimal balance between the present benefit of water use and the future benefit of its storage, measured in terms of the expected fuel savings of the thermoelectric  plants.

The calculation of the PLD is based on the “ex-ante” dispatch, that is, it is calculated using planned information, prior to the actual operation of the system. The values are determined on a weekly basis for each load level, based on the Marginal Cost Operation, limited by a maximum and minimum price in force for each calculation period and for each sub-market.

From January 2021, the PLD will be calculated on an hourly basis by means of a new computational model that will bring greater detail to the energy system and its operational restrictions. The model will optimise the hydro-thermal dispatch of the current operating week on a daily basis and will identify the price of energy for all 24 hours of the following day.

In view of the above, it is expected that the projections of the system operation will approach the reality of energy production and consumption, considering an increasingly diverse electric matrix, with the increase in participation of intermittent, solar and wind renewable sources.

The new hourly pricing model will bring new contract formats and new business opportunities and should foster better demand risk management through the creation of new behaviour and strategies. Industries that have relevant energy costs and production processes that can be made more flexible will be able to restructure their production schedules, optimise their costs and consequently become more competitive on the market.

The current crisis arising from the coronavirus (COVID-19) pandemic is challenging for all sectors of the Brazilian economy. In the electrical sector, we can see such effects as:

The government has announced measures to maintain the sustainability of the sector, focusing, in the first instance, on distributors and low-income consumers. The most relevant measure is a loan negotiated with a syndicate of banks to cover the revenue deficit of the distributors and ensure these are passed on to other links in the chain, such as generators and transmitters.

Compared to the rationing of 2001, the other extreme event that affected the country in this century, the recovery of the market after the COVID-19 pandemic should be faster. Some sector specialists believe that the recovery of the economy will be based on a strong investment program in infrastructure and privatisation, as a means of attracting private capital.

Hourly PLD: how to manage your energy consumption?

The PLD is the price used to settle the difference between the volumes of energy contracted and measured in the negotiations between the agents of the...
END_OF_DOCUMENT_TOKEN_TO_BE_REPLACED 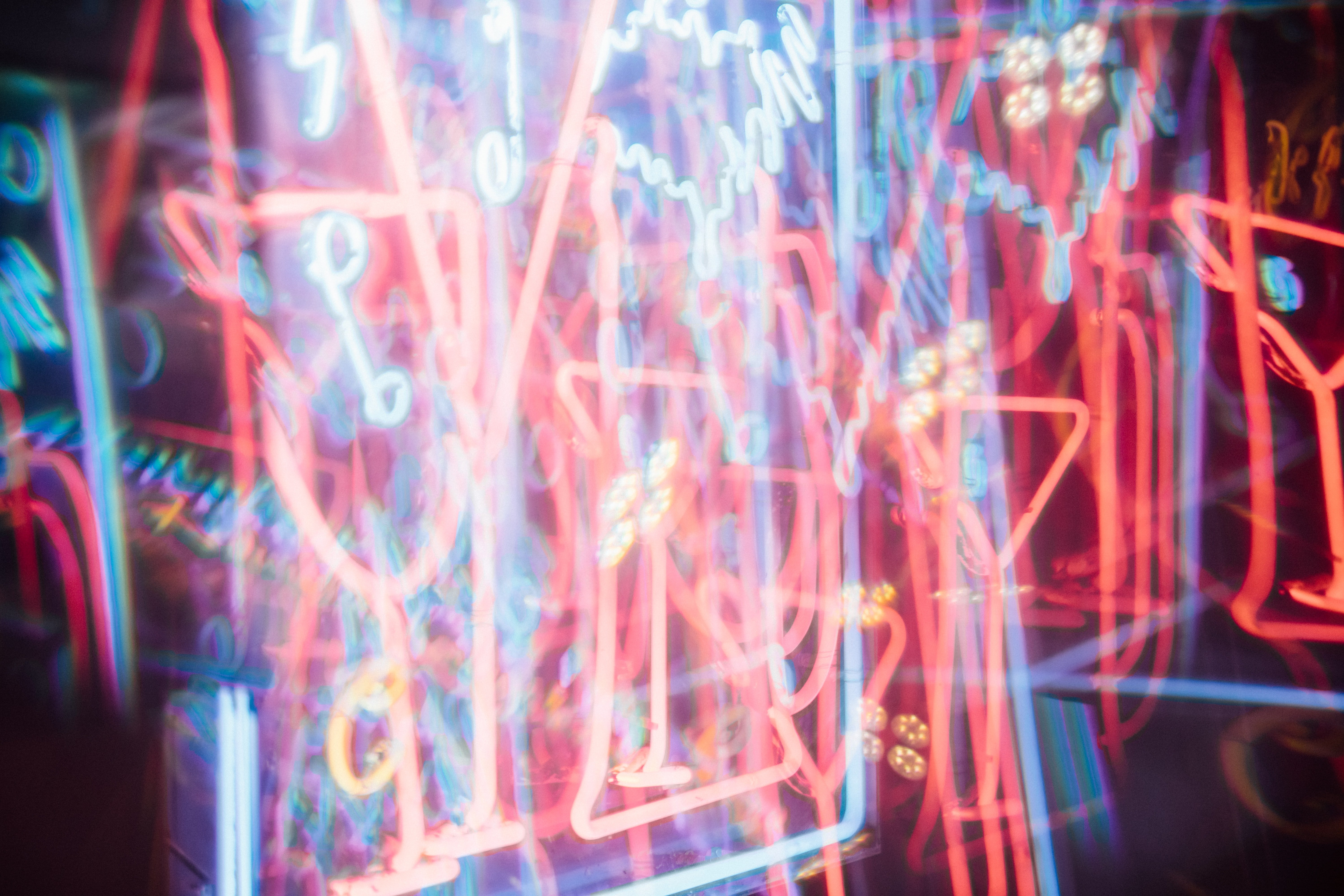 Smart Grid, P2P Energy Trading, Smart Contracts, …. These are buzzwords that most of us have come across. The trends for popularity for these keywords...
END_OF_DOCUMENT_TOKEN_TO_BE_REPLACED 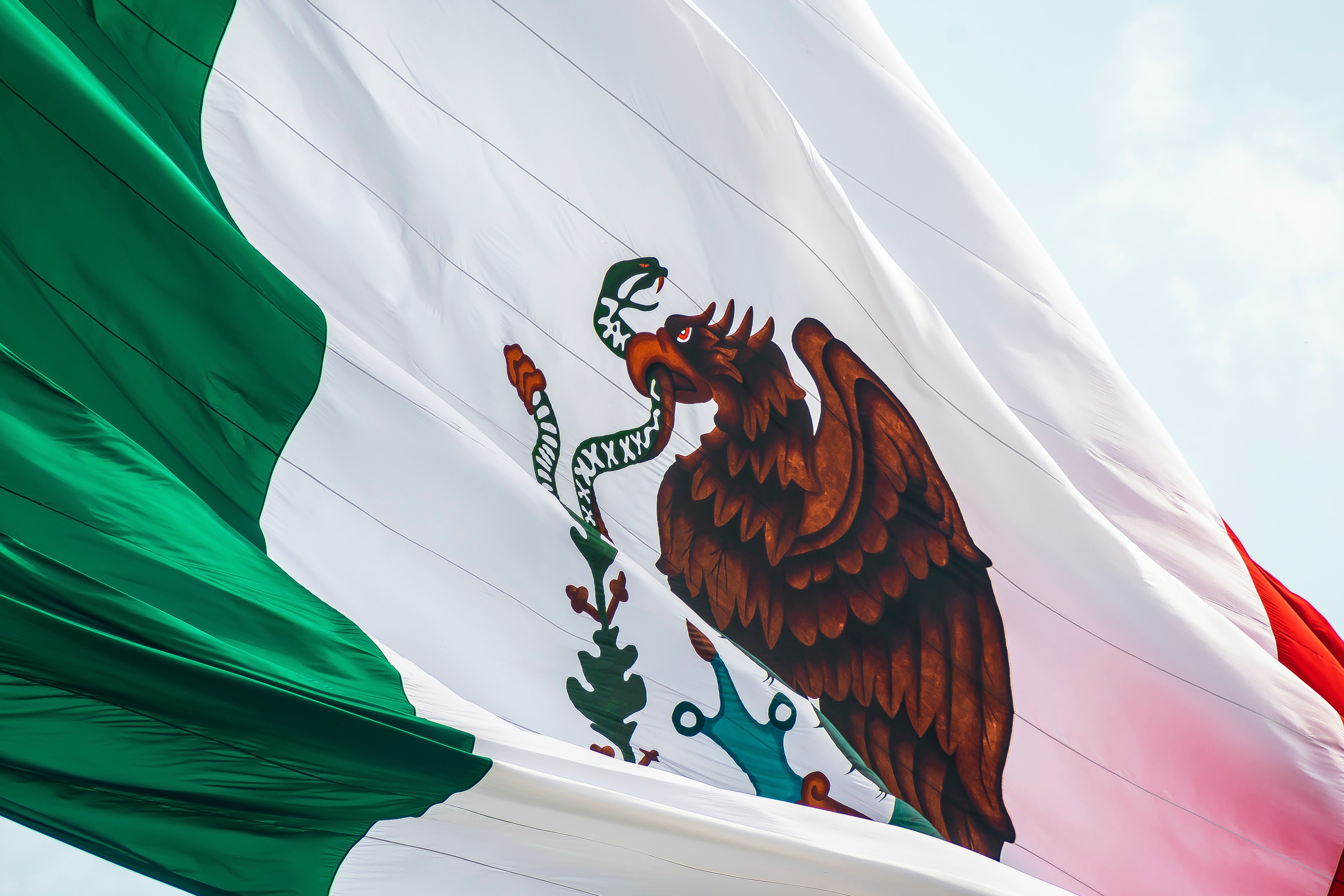 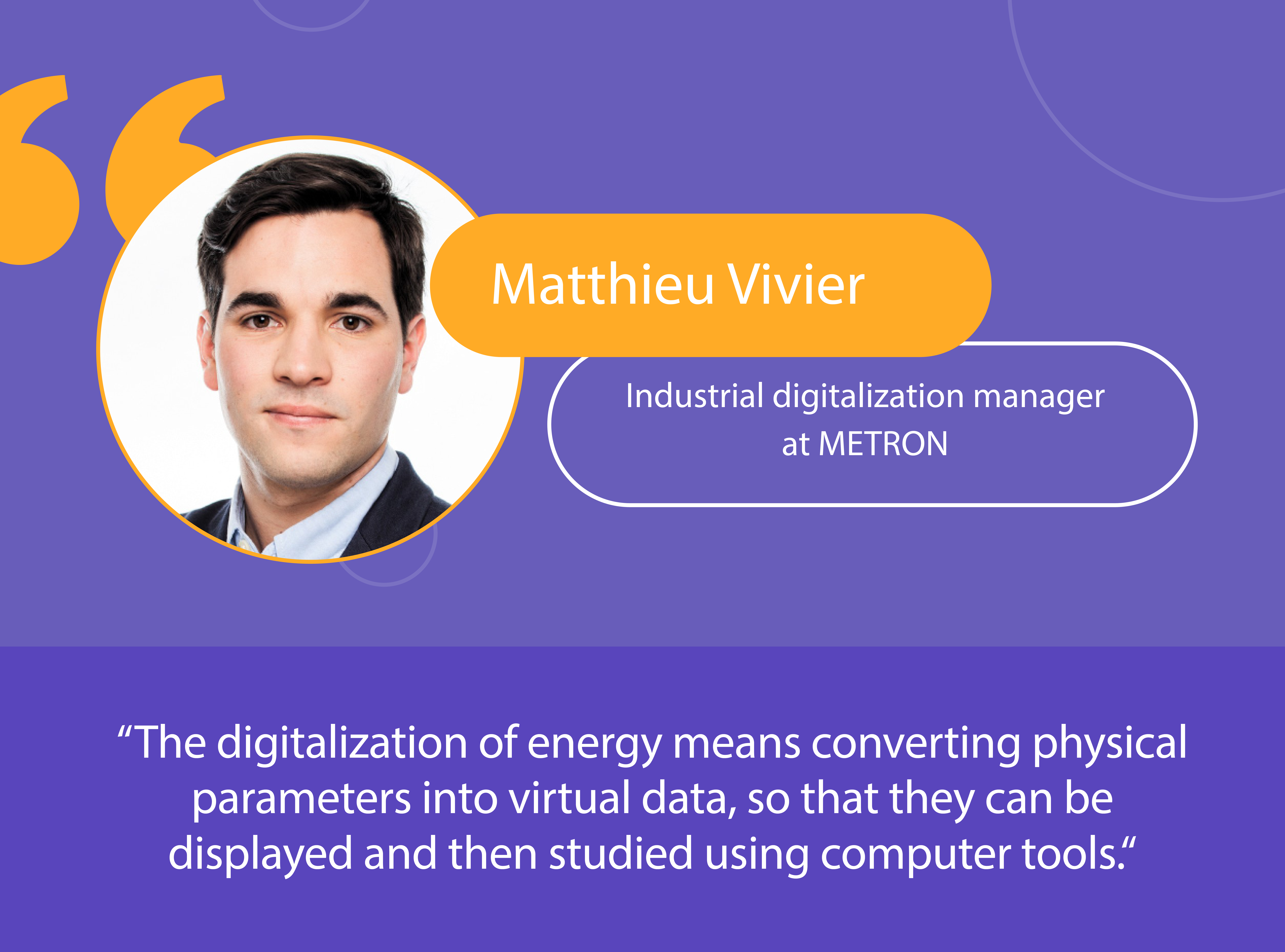 For any manufacturer engaged in digital transition, the digitalization of energy is an issue of key importance. But what does this area cover? What ro...
END_OF_DOCUMENT_TOKEN_TO_BE_REPLACED